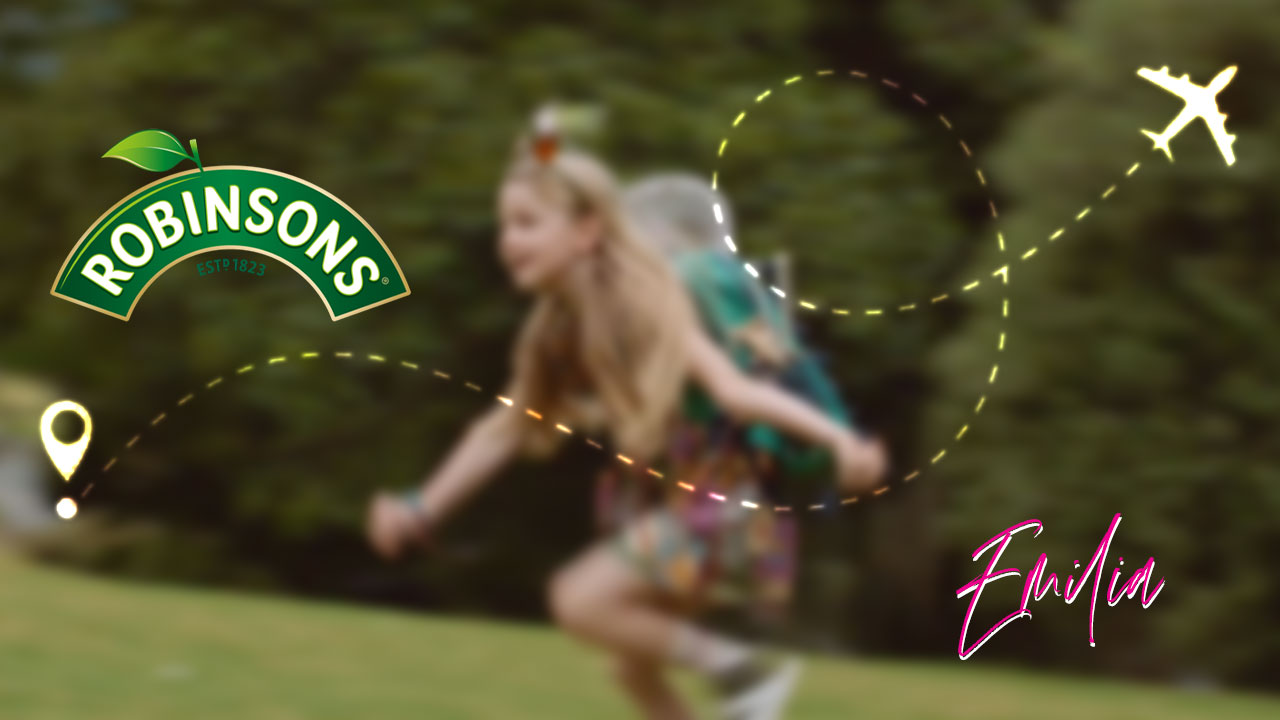 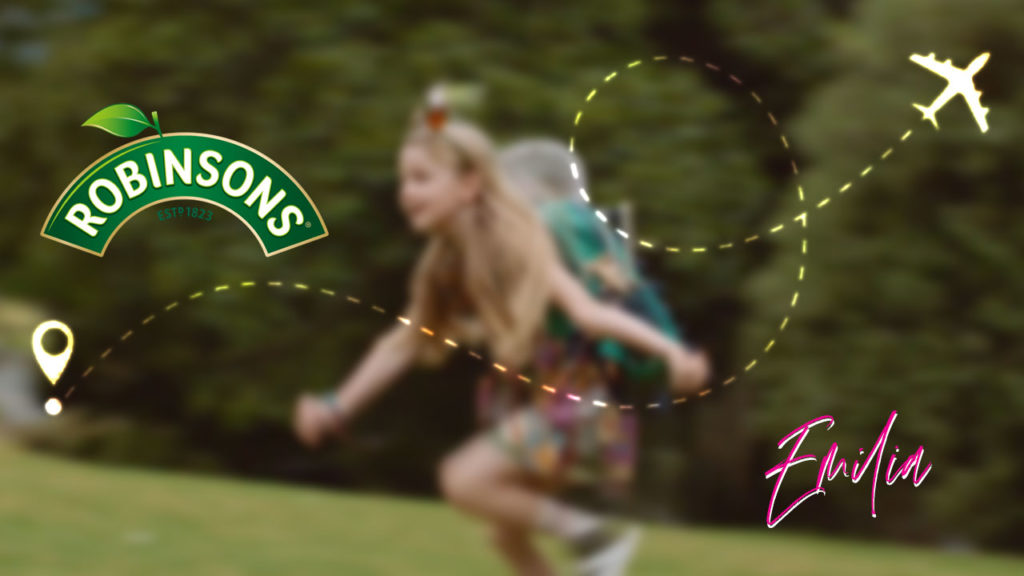 Ology superstar Emilia was recently selected and flown to the other side of the world in Business Class to film the latest Robinsons Refresh’d campaign in New Zealand! Read her account of the trip below!

‘When I first heard I was going to New Zealand to record a TV Commercial for Robinsons, I was so excited! It had been my first ever TV audition and the recall had involved Mark the Director, skyping from New Zealand, which was funny as it was the middle of the night for him!

SATURDAY: We left home just 2-weeks after finding out I had been given the job. My mum and I were picked up from home by a chauffeur and taken to the airport in a fancy car. We were being flown business class to Auckland which was so exciting because we had a huge TV, seats that turned into beds and there was a bar on the plane where I could get free ice cream! It took us over 30 hours to get there and we had to stop in Dubai and Bali on the way to change planes and refuel. It was hard to get used to the different time zones on the way and eating chicken for breakfast or cereal for dinner!

MONDAY: On arriving in Auckland we had a nap and then spent the rest of the day trying to stay awake to get over the jet lag. Our hotel was next to the harbour and we walked round looking at the boats and eating ice creams to try stay awake. We met some of the team involved in making the advert and had an early night. 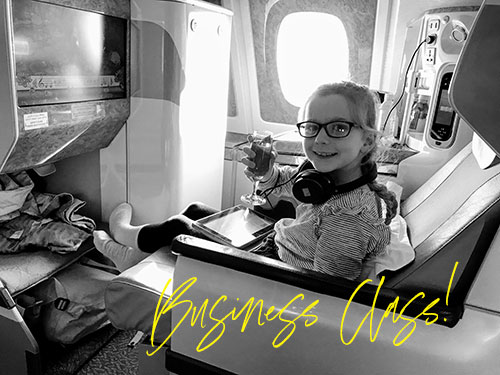 TUESDAY: We met Mark the Director and the rest of the New Zealand team at the hotel after breakfast. Everyone was really friendly. We then spent the day exploring Auckland including going up the Sky Tower, which was amazing because we could see all over the City, including where we would be filming the next day. We also ate more ice cream! 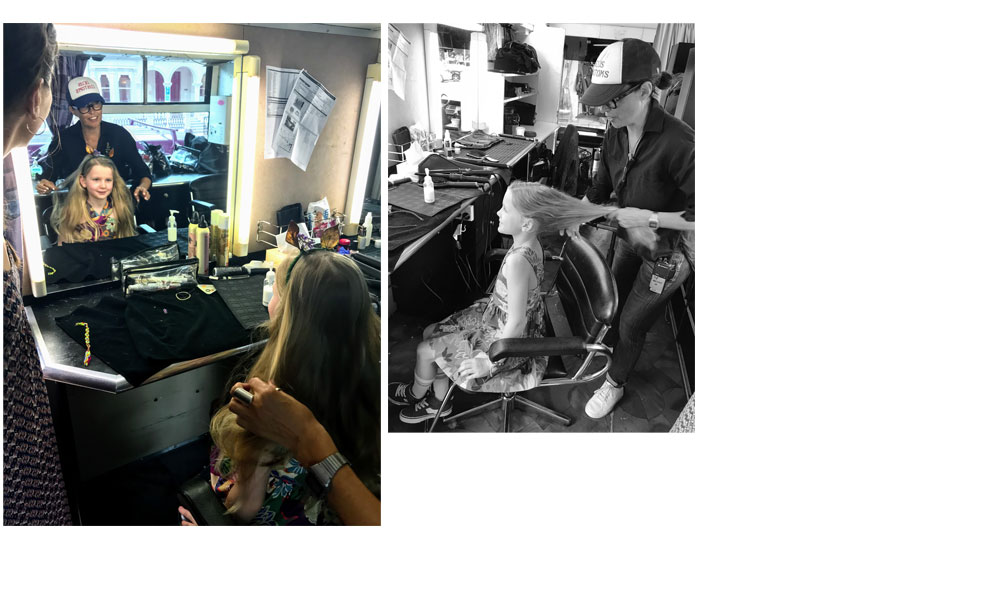 WEDNESDAY: Today was Wardrobe, where I got to try on lots of different outfits and accessories. Luckily, we chose my favourite dress with some cool trainers. We were then taken to the beach and I went swimming in the sea. I had another ice cream! 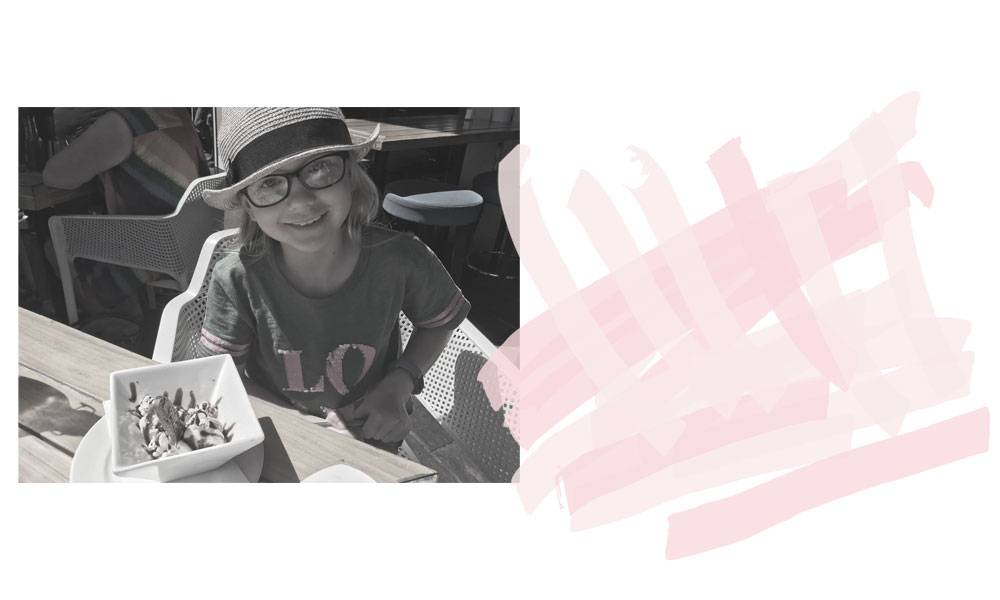 THURSDAY: Today was a rehearsal in the park with the Director, Producer and the lead adult actor called Hamish. He lived in New Zealand and was very funny as he is a comedian. I taught him a song that Mark had asked me to write the day before and a dance which I knew from home. Mark filmed us so I could practice not looking directly into the camera. It was such a fun morning and was really nice to get to know Mark and Hamish before going on set the next day. After some time playing in the park we went for a nice lunch (with ice cream for pudding!) by the harbour and then went back to Wardrobe for some final fittings to my head piece. 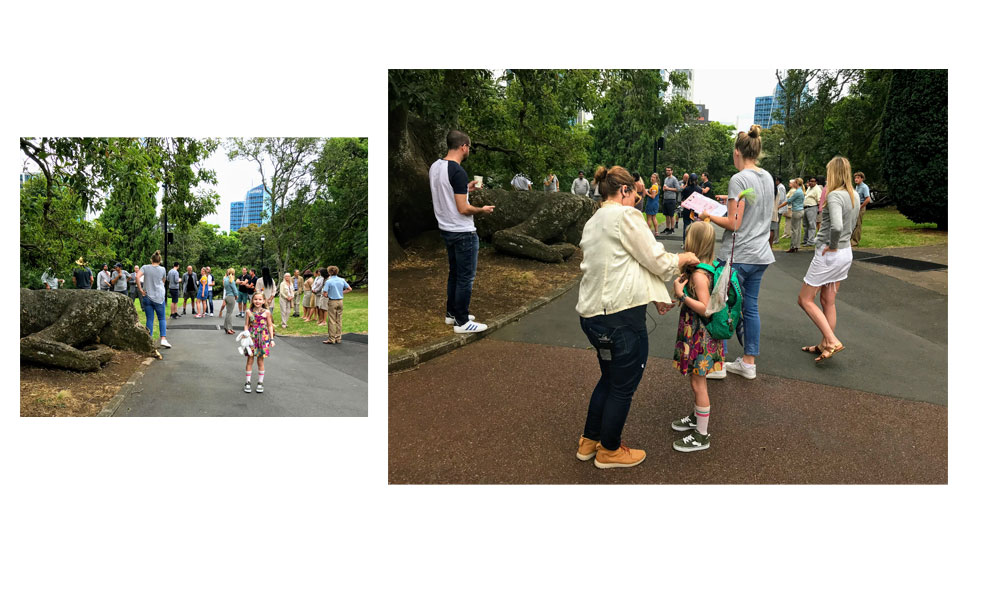 FRIDAY: Day 1 of filming!! We were taken to Albert Park which was the first location for filming. There were so many people on set (around 80) with lorries lined up all down the side of the park. It was very exciting! I was taken into the wardrobe lorry to get into my outfit and have my hair done. They wanted it to look long and a bit messy! I wore a dressing gown over my outfit to stay warm as it was a cloudy day. When I was ready, I was taken down to set and it was busy but very exciting. I had two body doubles and they were already there helping to set up the first scene. It wasn’t long before I was on set too and filming was underway. We filmed in two different locations and it was a long day, but I loved it all. I had to run up and down a huge hill for the last hour of filming which was tiring but fun. 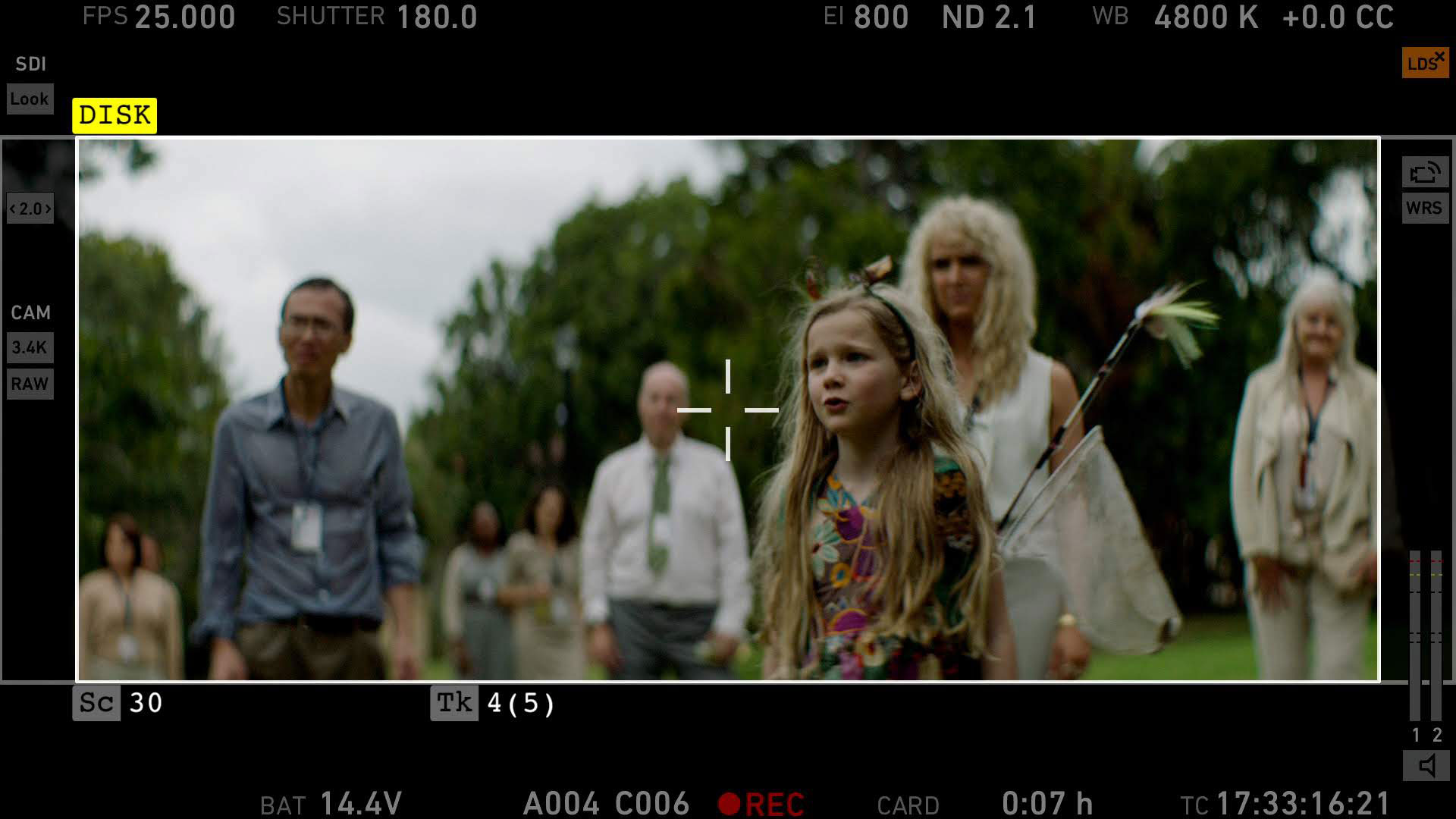 SATURDAY: Day 2 of filming. It was a hot and sunny day but today we were filming inside a dingy office on the outskirts of Auckland. We were there all day and after my last scene, Megan (the UK Producer) carried me outside and all the cast and crew gave me a big round of applause which felt amazing! The chaperone took me for a huge ice cream covered in meringue to say well done and then it was time for bed – I was very tired! 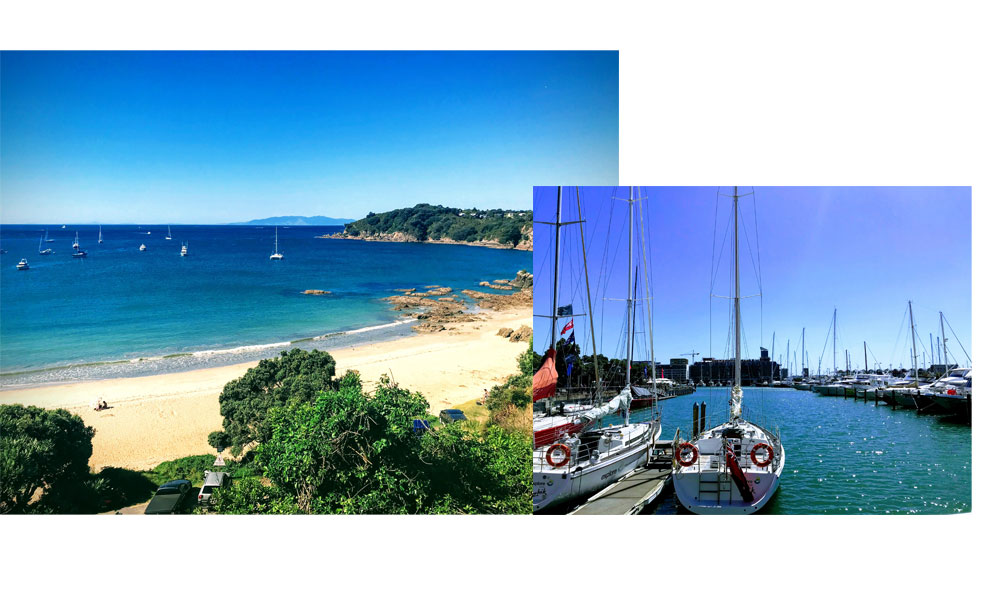 SUNDAY: We had a free day today as filming was finished, so we took the ferry to Waihiki Island and had a brilliant day exploring the island and relaxing on the beach in the sunshine. 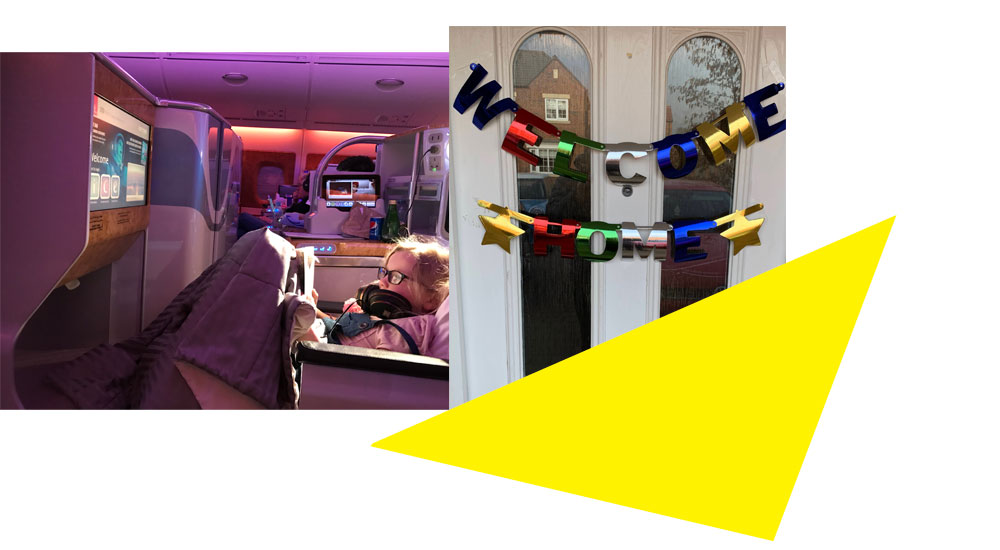 MONDAY: It was time to go home. I was so sad to leave New Zealand but looking forward to seeing my family and telling everyone about my experience. We arrived home on Tuesday and it was back to school. It was the best week ever!!!’

‘Taking children abroad for work always adds a level of uncertainty. Will they perform? Will they lose focus and get tired? Will they be OK with jetlag? Then you decide that the best girl for our LEAD role is an 8 year old who has never done a commercial before, and we’re going to fly her to the other side of the world and just hope everything will be OK. Thankfully, Emilia was brilliant! Bubbly, kind and patient, she performed under pressure, didn’t stress about any of the wardrobe fittings or hair & make up, or running up and down a hill after a full day, and she delivered take after take after take. A little star who has been a pleasure to work with. And she seemed to enjoy every minute! :)’ Megan – Producer